I have a bad habit of over-scheduling myself. This happens until I have agreed to too many things than time allows and then I’m in the awkward situation of having to back out and re-schedule over and over again. I keep multiple calendars and sometimes it feels like an endless struggle to make them all align. There are some days when I’m sure I can’t take on more and yet, inevitably, I do.

For a while now I’ve struggled to figure out why I am this way. I think it’s partially due to the fact that I hate stillness. I like the business of being productive, of—let’s face it—being needed, too. I’ve been in this hurried state for some time and there is no end in the near future. Even when agility was not on the calendar, I filled my time with other things—like travel and appointments and events and friends. I’m not convinced these things are entirely bad.

What I’m less sure of is the other likely thing being too busy means. Oftentimes I busy myself because there is the sincere fear that I’m simply not doing enough.

We live in a highly comparative society. Daily bombardments of what our friends and acquaintances, sometimes from thousands of miles away, are doing seem to come non-stop. Each week we see and celebrate new success, new puppies, new goals achieved. This makes the community feel so much smaller than it ever was before, so much more accessible. But it also leads to comparisons. The, “why can’t I’s” and “I’ll never be like (inset anyone you admire here)” are inevitable. I tend to do this more often in periods when I have downtime. Not only against others, mind you, but even against myself. Who I was and where I was a year or two ago is a daily reminder (thank you, Facebook). I can’t help but be acutely aware that I’m in a very different place than I was in those times—mentally, physically, emotionally. So I keep busy to feel like I’m keeping pace. Or maybe, worse, to keep from thinking about it too much.

I’ve struggled most recently with feeling like I haven’t done enough. I felt this about Bolt’s rehab, with puppy-searching, with maintaining friendships, keeping up with running and healthy eating, with my new role at work, with photography, with writing—you name it, I’ve felt like I’ve failed in some way with it. With feeling less motivated than years previous, my routine has loosened up a bit. I’ve enjoyed more weekends out with friends than before and given myself more allowances. And while I found the balance to be a healthier one mentally, I can’t help but feel as though I should be able to do it all—physically, too. In April I completed my first Spartan Beast—a 14+ mile, 4100+ft. climb, with 30+ obstacles. I did it faster than anticipated and found more success on the mountain than I originally thought. It was a prospect that truly scared me—I was afraid I wouldn’t finish, and yet I did. The first thing I thought when I saw my finish line photo though was, “I looked fitter last year.” How ridiculous. How cruel. How easy it was to strip away an achievement that wouldn’t have happened a year ago with one simple negative thought. After some time though, I decided to share it anyway.

The problem with public perception is just that—it’s a perception. What people don’t see is the everyday that happens off social media (and blogs). It allows them to fill in the gaps for that time and draw their own, sometimes incorrect conclusions, about who we are, what we’re doing, and how much work has gone in to those successes. Holding ourselves against this filled in version of others is an unfair thing to do.

I’m working on building back a routine and striking a balance that fits the now. I’m also working on forgiving myself for the perceived failures of this year because they truly weren’t failures. It may take some time to convince myself of that, though.

I read a quote recently that fit this moment quite well:

“It is possible to commit no mistakes and still lose. That is not a weakness. That is life.”

And while I can’t guarantee I won’t continue to overbook myself, I am also learning to be okay with the reality that what I’m doing is, in fact enough. Because I’m doing something.

Because there’s only failure when you don’t try at all. 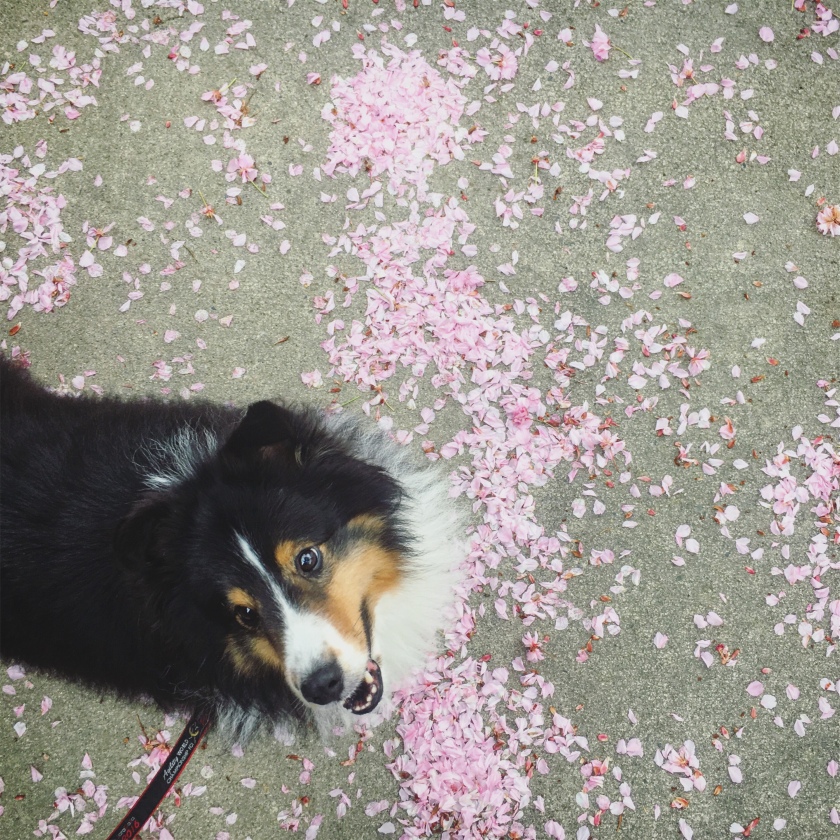