“Knowing trees, I understand the meaning of patience. Knowing grass, I can appreciate persistence.” 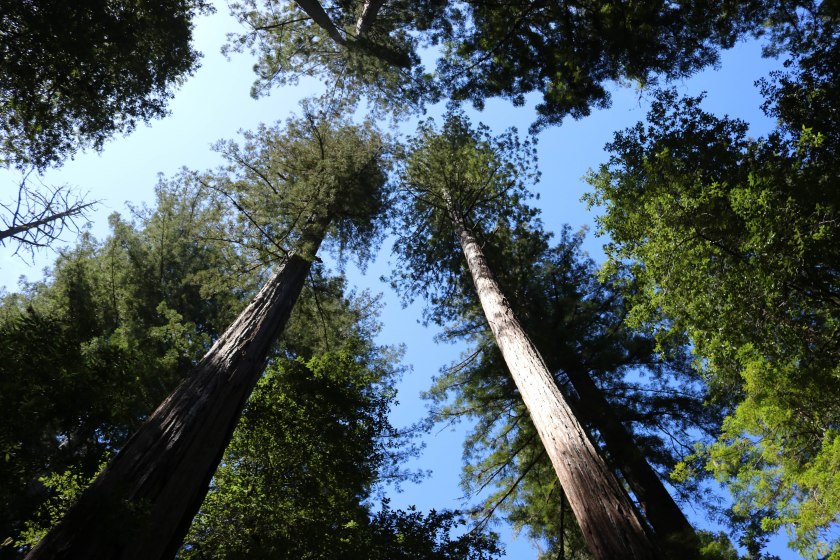 I’ve been trying to write about this for weeks but I have been struggling. The words have come in fits and stops. I find myself sitting down, writing, typing, and then walking away, unable to finish. Before tryouts I started a post about patience– a topic I had been mulling over quite a lot beforehand. I was thinking about what it meant in agility, in goal-setting, in life beyond the dream of world team (there is one, right?). The last post I made was three months ago and it dealt with the idea of not waiting for you time to come– but seizing the time you have. Well, the words have started tumbling out now.

Fair warning, this will be a long one.

It’s sort of a hard topic for me, patience. Mostly because I was told all my life that I didn’t have any. The response to this is usually an indignant one on my part. Because yes I have patience, of course I do, I must, right? Coming back year after year to tryouts more determined than ever was a sign of patience, wasn’t it? Still working towards an ultimate goal no matter what took patience, I thought.

Joe and I talked about this right before tryouts. He said that I might have lacked patience, but I more than made up for it with sheer persistence.

Well, he was mostly right.

Persistence is what brings you back weekend after weekend, year after year, fighting for a goal, even if the original path is a lot less clear than it was at first– not patience. Persistence gets you up in the morning, even when sleep calls and the drive ahead seems daunting– not patience. Persistence is a result of the constant practice of positivity. You must persevere in the face of defeat, you need to learn how to drown out the negative thoughts that threaten to derail the path to your goal. Patience can’t do that.

But persistence is nothing without patience. To me, patience isn’t about sitting back and letting things happen without hard work. No, patience is much more than that. It is discipline. It is learning how to wait. It is learning that it might take another year, or two, or three to reach a goal– and accepting that. It’s understanding that handling, technique, and physical changes will take time and practice and work, but that they are necessary in order to get where you want to go.

(It’s knowing that it may take two weeks to receive the greatest phone call of your life and finding other ways to occupy your mind until that time comes– ah, a little off topic, more on that soon.)

To me, this is the combination needed to find success in anything– in life, in a sport, in a career. This balance… it’s not an easy one to strike. You must be willing to keep going no matter what obstacles fall in your way, what hardships you suffer, or how painful it might be to continue on. At the same time, you must find the patience to know that those periods of struggle may last much longer than you want. That the goal you dream about, your heart aches over, and your eyes sting with tears over may, for the time being, be far out of reach.

It may even be 10 years out of reach.

I started agility when I was twelve years old. I didn’t know much about it then, aside from what I saw on television, but I knew enough that I wanted to do it. At my first trial, with a dog that wasn’t yet mine, the goal was a Q– I got to keep the ribbon if I qualified and so that’s what I wanted more than anything. Once the blue ribbon was carefully placed on my bedroom wall at home, the dream grew. I wanted titles (and title ribbons, of course) and to make it out of Open. Once that passed I wanted a MACH. Then to qualify for Nationals. To begin training more like my idols– to get a faster dog– to get to tryouts–

That became the ultimate goal, and it only took me a few years into the sport for that to become the ultimate goal, too. By 16 I was working a full-time job over the summer (quite literally digging ditches) to save enough money for another dog. I began writing that goal on every notebook, on every training journal, on every calendar. I scheduled my life around training and shows. I missed parties and dances and events with friends so I could drive myself bleary eyed and exhausted to local trials. I picked colleges that allowed me easy travel back home to my dogs. I took jobs with work schedules that fit show schedules.

I rearranged every single facet of my life in some way in order to make that goal a possibility. In between that I trained, I studied, I travelled, I took notes. I dreamed a lot. Time passed.

Last year I found a quote that stuck with me.  Something like, “Set a goal so big you can’t achieve it until you grow into the kind of person who can.” I thought I had grown enough for it at that point. I was close, but not there just yet. I knew that a shake-up was needed, a change in routine. It became a year of patience and persistence. Of working myself physically and mentally, of putting good energy in despite some setbacks. Friends helped me develop a regimen for training and fitness and everything that fell in between– balance was, for the first time, scheduled out day-by-day in my weekly planner. There were small successes, big ones, and moments where the original goal seemed a little foggier than it did before. But it was still there. It was my favorite year yet in agility.

When May approached on my calendar this year I didn’t feel the same knot in my stomach that followed me to the event before. Partially because tryouts underwent a shakeup too. We were traveling to California, a place that fills me up, that leaves me homesick when I leave even though I’ve never called it home. Not only that, but I was going there with my best friend, Carolyn. There wasn’t worry so much this time, more excitement.

The two of us stood giddy under the redwoods. We hugged them and laughed, and stayed in a state of constant amazement at everything around us. Our necks hurt from craning upward. We crossed the Golden Gate Bridge humming the theme to Full House. We found the best coffee in San Francisco (so they claimed, and we didn’t argue). We followed the winding path that cut down the coast and, if possible, I fell more in love with the land, the sloping hills, and the rocky shoreline.

When the actual competition started I found myself slipping slightly back to old habits. Of worry. Having someone there to quite literally slap me back into the game was more than helpful– it was necessary. After a small bobble on Friday (of me not running like we run) I heard the reminders I needed. And, well, the rest followed.

We didn’t win our spot, but we were close. I was honored to stand on that podium three separate times, surrounded by friends and amazing competitors. They passed along encouraging words but I did my best to tuck them away– to not count on anything as a sure thing. I knew patience would be needed.

It’s amazing how long two weeks can be. Two weeks no longer becomes fourteen days. It becomes a struggle to fill the every day with thoughts other than phone calls and replaying handling decisions in your mind. To avoiding blog posts and podcasts that cast doubt on yourself. Of answering the same question dozens of times with, “not yet; I’m not sure when; I’ll let you know, of course.”  Of obsessively refreshing your email, your Facebook. The heart-stopping feeling of when the one finally comes through and there it is– your name, in print, right in the middle of incredible competition and you think, maybe this is it, this is the end of it, and maybe that will be enough. But you know it’s not enough. Because that goal is still there, written in indelible ink in your journal staring back at you each time you open it. You know it won’t be enough until the end has been reached.

So, you keep waiting.

I won’t recount every moment of that Tuesday, but it was a day that changed everything. I did my best to avoid the clock, but it was impossible. I found myself sitting with my phone clutched in hand as soon as it turned over to 1:00. That hour would shape how the next year unfurled. And then, suddenly, there it was. Ten years of hard work and determination and tears and friends and hope crashed into this one ringing phone clutched in a shaking hand. I thought to myself before I answered, I really should have prepared something meaningful to say.

But I didn’t, really. I fumbled over words and tried to retain all of the information being relayed on the other end of the phone. I hung up and in the stunned silence that followed there were tears (many of them), phone calls (more of those), and then laughs, lots of yelling, and yes, tears again. It was a surreal afternoon. I kept repeating the words over and over in my head, but they were hard to believe. Sometimes it still feels surreal. Because after all this time the dream had been realized. It’s finally here. I am a world team member. I can finally say it out loud.

So my advice to you, you dreamer, goal-setter, and journal-scribbler, is the same advice I wish I could go back and tell my 16-year-old self:

Persist when it feels like a far-away fantasy. Persist when you fall. Persist because you know that the thing that makes your heart ache and your thoughts drift will keep bringing you back until you reach it.

Persist because it’s worth it. I promise.

Video with some of my favorite moments from tryouts.