Two weeks out of surgery and I’m happy to say I am mostly a human again. I can drive again. I can wash my own hair again, put it in a ponytail and thank goodness, shower– glorious, glorious showers! I can reach my own dishes in my own cabinets. I can cook again. I can sleep on my side again! My mobility is a little more limited than I thought it would be at this point, but despite that I’m actually feeling better than I expected. I was told to crawl the walls with my fingertips, to allow my arms reach up and out. Little does my surgeon know, I had already been crawling the walls– just not with my hands. (Ha! Get it?)

Day two had me blubbering on the couch to a helpless Joe who didn’t know what else to do (I was in pain, feeling sick, and just miserable– not my finest moment). Sleeping like a mummy, going through the day with crunched shoulders and stiff, tucked up arms is still giving me lingering nerve pain, and the numbness is still persisting. But it’s better (so much better) than it was! It’s amazing how unproductive you can end up being when you make grand plans for two weeks away from work. I had books to read, shows to watch, crafts to do– a majority of which never happened. I watched a lot of House, and Top Gear re-runs. My brain on anesthesia refused to focus. My stomach on pain meds refused to settle down. So mostly I was an uncomfortable, nauseas, forgetful, no-armed lump. I’m allowed to call myself that, right? 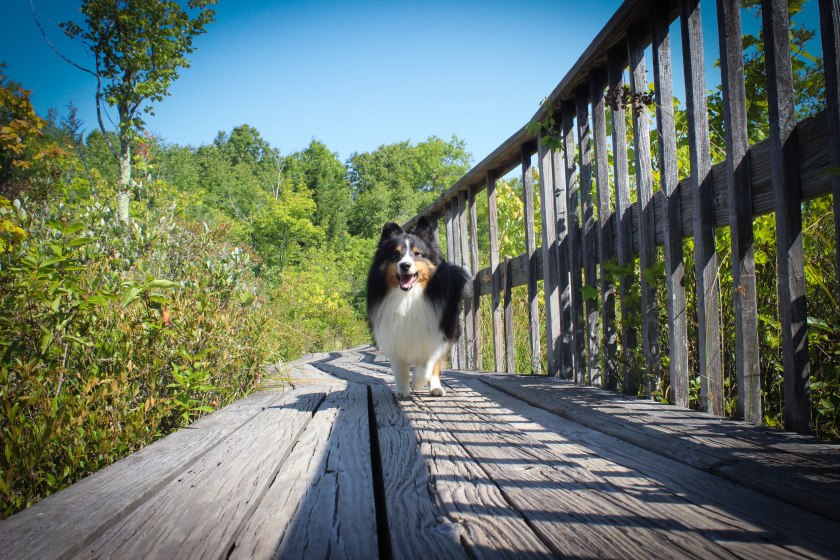 Despite that, I still remained focused on agility. I needed to find a way to still remain present even if I wasn’t physically able to do what I wanted. I made course maps, I made sequences. I planned out lessons and thought up ideas for seminars. I watched videos & read the three months of Clean Run I wasn’t caught up on. I made training plans for myself and resolved new things I wanted to work on. I know two weeks is a drop in the bucket in comparison to what it could be. But even still, two weeks could mean losing the momentum we’ve been building.

There is more to it than that, though. Which is what the Dog Agility Blog Event is looking to address. It’s something I’ve been reiterating for the last year. I apologize if I sound like a skipping record. What to do outside of agility to prepare for agility (aside from training agility, that is)?

Preparing for what happens in the agility ring goes far beyond actual training. Courses, sequences, jump training, contact training– all of that is essential to make it happen, yes. But it certainly is not the most important thing. Agility requires balance of both physical and mental ability. Giving a disproportionate amount of time to prepping physically will not equal success in the ring– much like just focusing just on the mental game will not bring a flurry of Q’s and byes raining down upon your head. You can be the fittest person on the field, but if you don’t have the ability to focus, and settle your nerves, not much will come of it. Just like you can be the zen-est, most focused, determined person at the show– but if you can’t make it down the field without getting completely winded, mentality won’t matter. The two work as one. But the balance can be disrupted very easily– a tottering, precarious balance skewed by the smallest changes.

So only two weeks. But two weeks without being able to run, hike– or even walk all that well meant that when I ran a practice run Friday night at the show and my lungs burned. My legs ached. I was not the handler I had been just 15 days earlier. The weekend reflected that. Silly mistakes, timing off, resulted in a single Q (albeit a pretty one despite my penguin-like handling) but not the sort of results I hoped for. The physical didn’t match the mental.

So what to do to help strike that balance better?

Do not stress for the future, and do not dwell on the past. Sounds obvious. Much harder to put in to practice than it is to say it, though. Learn from mistakes, but do not let them simmer too long. Make a training plan for the future, but do not play the game of “what-if’s” for what’s coming. Regionals, Nationals, Tryouts, MACHs, etc. will come whether we stress out about them or not. The only thing stress will do is inhibit your ability to prepare for them fully.

Hike. My favorite thing to do when it’s not snowing in the northeast (nasty, disgusting word that is). You don’t have to climb mountains– but if you can, I certainly recommend it– but find time to devote to your friend and yourself. Walk alone, walk often. Discover new places. Tuck your phone away and disconnect. Allow yourself to be immersed in the magic that is your dog, and the bond you share. We tend to get caught up in the need to train. But training will do little to benefit our team if we do not have the foundation of a strong bond first. 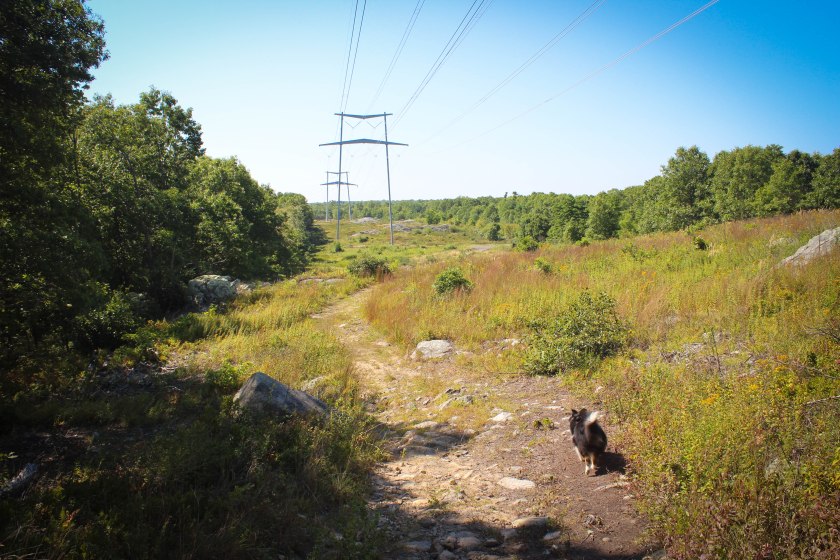 Train Tricks. I used to be better at this. Flame, my first sheltie, knew a slew of funny little tricks. Playing dead, rolling over, praying, sitting pretty, shaking her head “no”. I was twelve and I apparently was better at wielding treats. Or I had more time on my hands. Either way, training tricks stimulates the mind– of both your dog and you. Tricks require creativity, they help enhance our training ability, they make us both think– they connect us. Bolt has learned to play dead, roll over and back up on a “beep, beep” command this summer. I must try harder and get more inventive, but we’re trying.

Mediate. No really, meditate. I started meditation last year after few years away from yoga (which also, let’s include practice yoga in this section). Take five minutes every day to sit quietly and do nothing. Nothing. Wonderful nothingness. Joe and I practice yoga at a studio run by the greatest, hippiest, crunchiest, down to earth-iest woman in the world. It should be a universal human goal to make it to 70 and be able to plank and bend like she can. Nothing will humble you faster than watching someone fifty years older than you kick your ass at being strong and bendy. She rocks. Yoga helps strengthen body and mind. You don’t even have to be good at it to feel the effects– I should know, I’m not very good at it. Your dog doesn’t get out of practicing, though. Stretch yourself and stretch your dog. Try to do it daily. (Incense and shavasanna optional, but highly recommended).

Run. If you can: run. If you can’t: try. I was forever a person who thought running long distances (a mile counted as long distance, by the way) was impossible for me. Last summer I took on the couch to 5k program and I realized you’re a heck of a lot stronger than you think you are. I am certainly not the fastest runner. I don’t plan on becoming a distance runner or especially not an ultra runner. I’m more of a three-miler type. But I plan on trying to get better and run further than I have before. Side note: I understand running isn’t for everyone, and sometimes it isn’t physically possible. But push yourself out of your comfort zone. Try something new, and when it gets hard– keep going. You may surprise yourself. 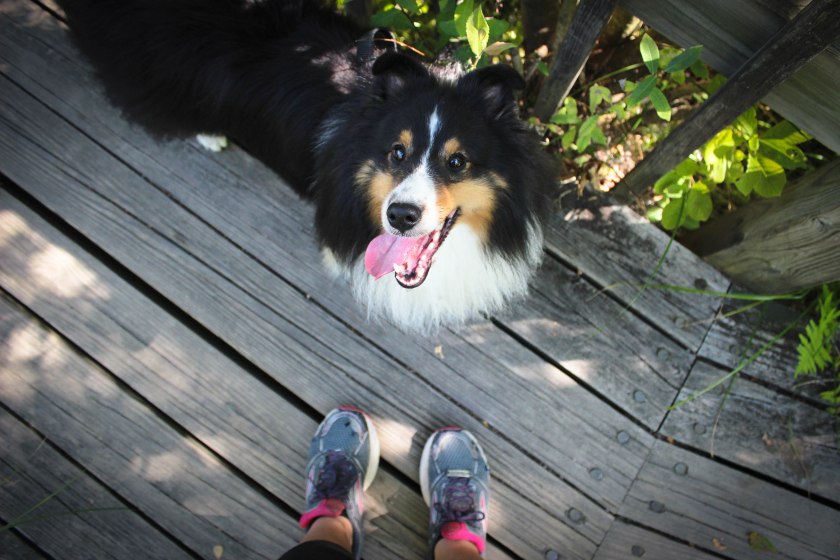 Find your own balance. Find what works for you and your dog. Strive to be better, but don’t strive to be anyone else. What happens inside the ring is a reflection of what happens outside it. 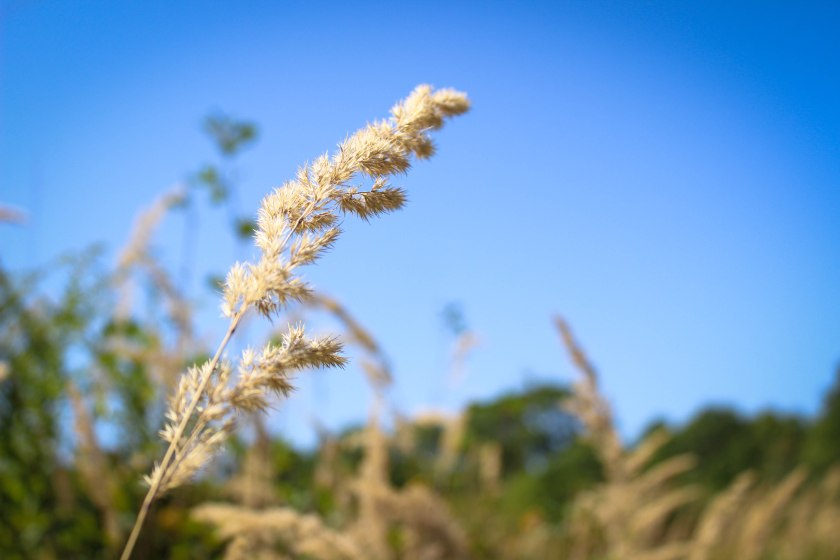 One thought on “What’s outside matters most”