A year ago my dad took me golfing for the first time. It was an indoor simulated golfing bar and we found ourselves there in the late winter. There was a football game on that day and we were planning on playing virtual golf for a bit, drinking a couple beers, and watching the game—but, it didn’t work out that way. I knew golf was not an easy game to pick up, but I underestimated exactly how hard. Everyone easily passed the game we were playing and eventually moved on to the actual beer and football part of the day—except me. I couldn’t score a single point. Instead of moving on, I stayed in that room, practicing swings until my shoulders burned, my fingers went raw and blistered, and my hands cramped. Finally, after an embarrassingly long time, I scored a point.

We laughed about it then but it was a moment where I understood myself better than I had before. Competitive and motivated, yes—but more persistent and stubborn than anything else. Stubbornness in the face of any perceived obstacle has become part of my makeup.

Since 2015 I have lost about 75 pounds and I have been asked more times than I can count how it was done. For the most part, my responses focused on the logistical aspects of weight loss—the particulars of diet change and exercise routines and apps and record-keeping. I never thought to add in the motivation and persistence that was also needed. I couldn’t verbalize how a single goal had motivated every aspect of my life and created a persistence I didn’t even know I possessed.

Do you know what motivates you? Is a single thing, or a culmination of many?

There is something both wonderful and terribly daunting about knowing exactly what motivates you. The knowledge that it is a single, powerful thing means that if it is taken away, everything else falls apart with it.

When I was eleven I dreamed of making World Team. Capital W and T needed because to me it was and still is the Team. Wearing that jacket, taking that walk, getting that medal became the goal– singular. It influenced nearly every decision I made from that point forward. From what I did in and out of school; where I lived; what jobs I took; how I trained and who I trained with; how I treated my own body; where I travelled; the events I attended. It touched so many parts of my life that it no longer felt like a foreign concept, but a part of me—it started to define who I was. That’s what an ultimate goal is meant to do, isn’t it? You’re supposed to grow into the person who can obtain the dream. It’s not a bad thing to wrap yourself up in an end, except of course, when it can’t be reached, when you don’t even get the chance to try. Who are you when that happens?

At the end of last year the goal still felt attainable for 2018. It was on the calendar and, as I always did, I began to plan my year around it. But then some unexpected things happened. Not with Bolt’s recovery, but in life—things that knocked me back enough to sit and re-evaluate. Things moved at a different pace and suddenly here it is, mid-February, nearly 10 weeks to the day when we would be leaving for tryouts and we’ve just begun our return to agility. We haven’t finished qualifying and we’re a month away still from feeling confident with entering a first show since Worlds. Could it be done? Maybe. Should it? That is a different question altogether.

I don’t think it’s a surprise that getting to Worlds is intensive physically and mentally. The last two years have been the most fulfilling and incredible of my agility life—and, let’s face it, life in general. But they have also been the hardest. 10 weeks is not a lot of time to return to full-force, prepare on enough coursework, and actually qualify for the event that has stayed steady on my calendar each year since I was 17 years old. That is at once heartbreaking and relieving. Relief wasn’t anything I planned on feeling in this decision, but knowing you’re doing the right thing, no matter how hard, is relieving. (There will be more thoughts on that, but that is for another post, another day.)

So what do you do when the thing that motivated and defined you is suddenly not an option—at least not for the time-being?

Not reaching your goal– or not being able to attempt it– doesn’t change who you are. There is a fundamental part your makeup that allowed you to chase a dream in the first place. That part of you who is determined to reach it no matter what, to better yourself through the process, and to never give up. That doesn’t go away, even when the goal is set on hold.

The goal doesn’t define who you are. Who you became because of it does.

I have set new goals for this year both for inside agility and outside. An ultimate goal is not achieved on its own: it’s created through small, simple acts and smaller, more manageable goals layered upon one another.

As hard as it may be to do, set yourself up with something new to reach. Anything. Prioritize some of the things you let slip in the pursuit of your dream. In the end it’s achieved through the core of who you are– your ability to dig in, to stay persistent despite setbacks. For doing what needs to be done to reach the end (yes, even if it’s scoring a single point in digital golf).

So dig in, you’ve got work left to do. 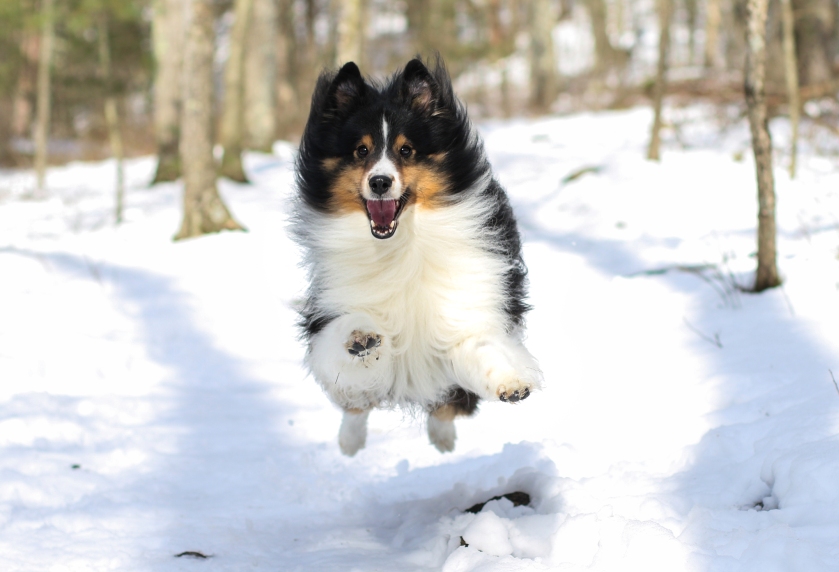 One thought on “Dig in”